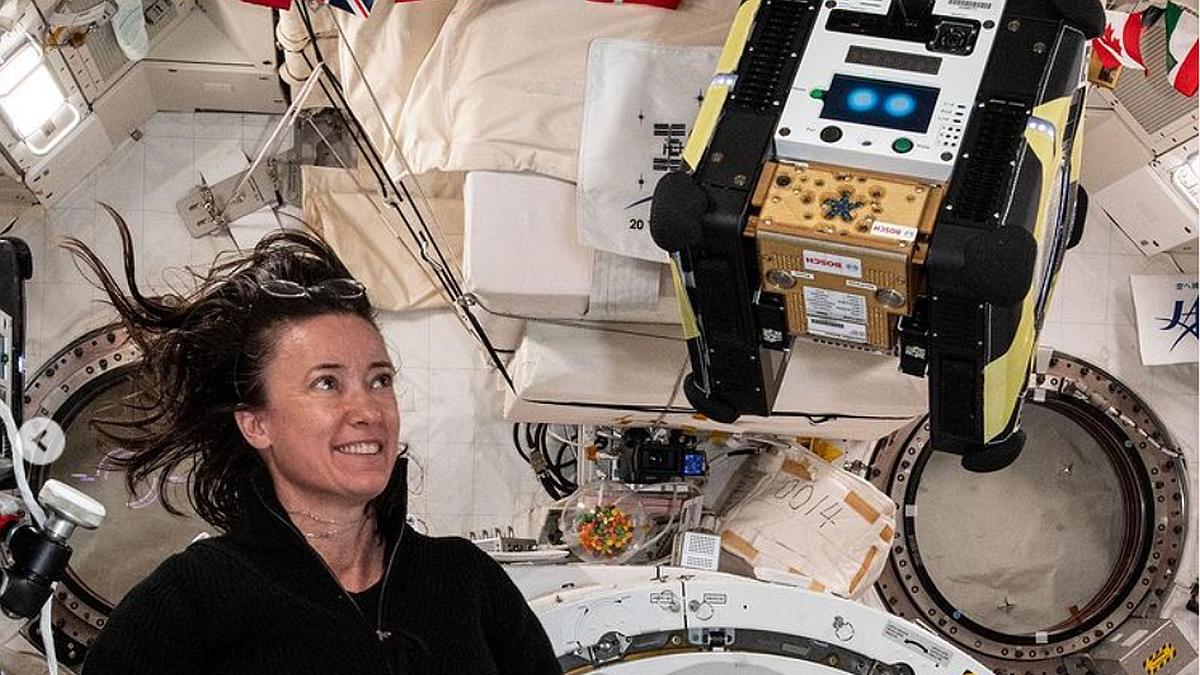 Maintenance of the International Space Station (ISS) can be hectic for astronauts. So, NASA has devised a way to help the astronauts in their work. Astrobee, a free-flying robotic systems assistant, is NASA’s new addition to the ISS. The purpose of this robot is to perform routine tasks so that the astronauts have enough time for human tasks such as scheduling and planning. A recent social media post by the ISS shows Astrobee. In the photo, NASA astronaut Megan MacArthur poses with a robot inside the ISS’s Kibo laboratory module.

The Astrobee is a cube-shaped machine and is roughly the size of a toaster with a width of 12.5 inches. “The cube-shaped, toaster-shaped Astrobee is being tested for its ability to assist astronauts with general maintenance tasks and monitoring capabilities in the orbiting laboratory,” the caption reads.

We find out more about this device NASA website. According to this, Astrobee can operate autonomously or via remote controls controlled by astronauts, flight controllers or on-ground researchers. There are currently three such robots ISS.

Some of the major duties of these robots include tasks such as taking inventory and documenting experiments performed by astronauts. Robots can perform these tasks through their built-in cameras. Astrobee can also be used to move cargo throughout the station whenever required.

They can also act as a research platform. Astronauts can build robots and program them to be used in microgravity environments.

The robots use electric fans that help them fly freely through the station’s microgravity. The robots also have a “perching arm” with which they can hold the station’s railing. That way, they can turn off the propulsion fan and conserve energy.

Robots are modular and can be upgraded, giving scientists room for improvement.