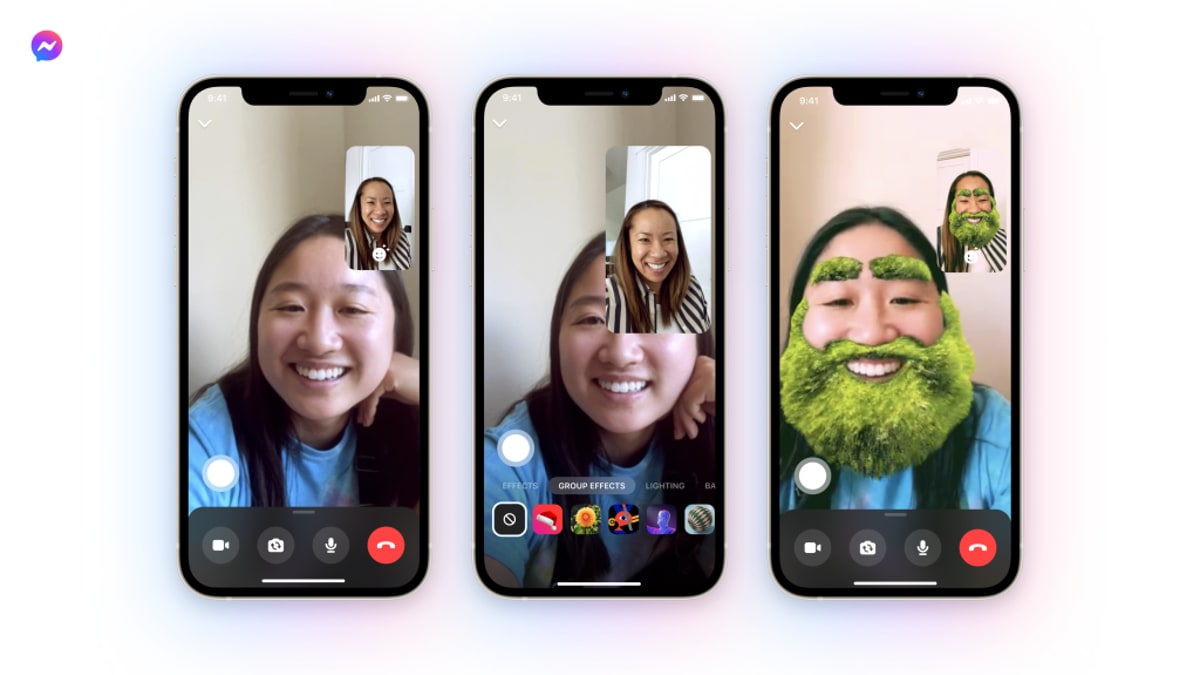 New group effect feature for Facebook Messenger Video Calls & Messenger Rooms Its going on For all users around the world. It may take some time for all users to get it. To check if it’s enabled for you, go to the Facebook Messenger app and start a video call or create a room. Once it starts, click on the smiley face and open the effects tray. Check the Group Effects option and select it to see all available options to apply to all participants in the video call.

As mentioned, Facebook Messenger users will be able to choose from a library of over 70 group effects, which range from games where you compete to build a hamburger, race a cute orange fox, and more. Facebook is already offering AR effects for creating stories and reels and has now added these capabilities to video calls and rooms as well. Group effects include a new Blow the Dandelion effect designed by Ross Wakefield that introduces a beard of grass to all participants on a video call.