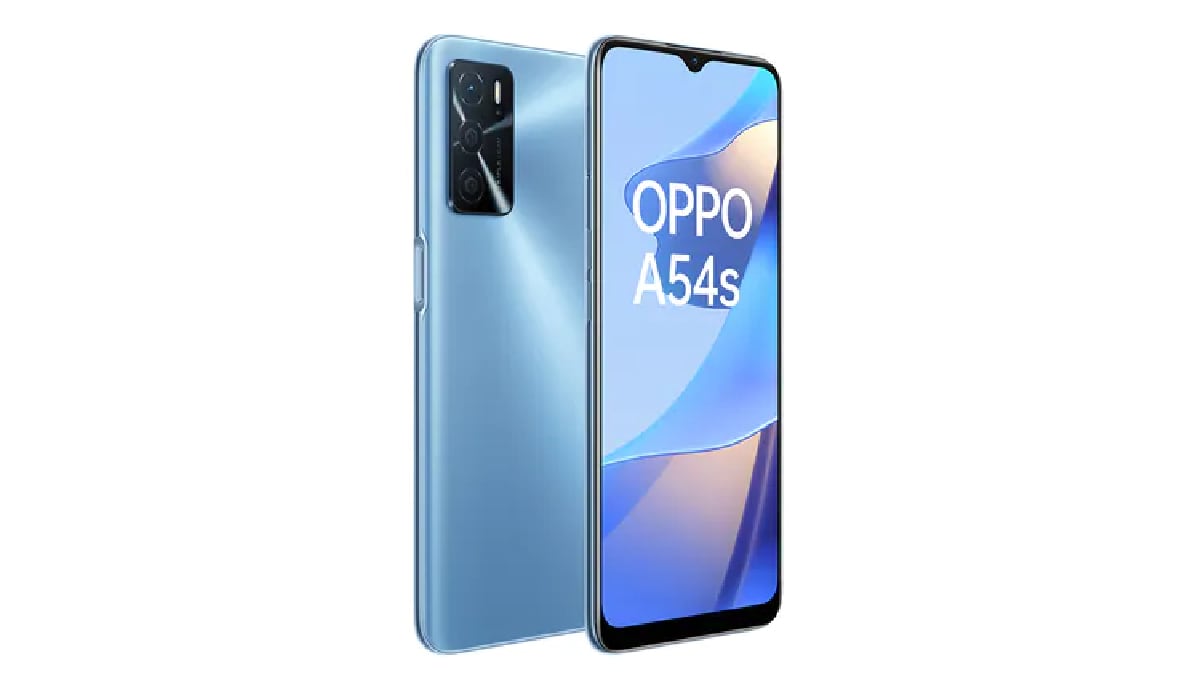 Ahead of the launch of the phone, the specifications, design and color options of Oppo A54s have been leaked. The upcoming A-series smartphone from Oppo has been listed on a retailer site ahead of the official announcement by the company. The Oppo A54s smartphone is listed with a 6.5-inch IPS LCD display, MediaTek Helio G35 octa-core processor and 4GB of RAM. The smartphone, which is believed to be the successor to the Oppo A54, featured a triple rear camera setup, paired with a 50-megapixel main sensor and a 5,000mAh battery.

Oppo A54s found listed On Harvey Norman’s New Zealand e-commerce website. The handset is listed on the website as having a 6.5-inch (1,600×720 pixels) IPS LCD display. The Pearl Blue color variant of the smartphone has been shown on the site. The Oppo A54s is said to run on Android 10 Operating System. The e-commerce listing suggests that the Oppo A54s will be powered by a MediaTek Helio G35 octa-core processor paired with 4GB of RAM and 128GB of storage option. The storage can be expanded up to 256GB with a microSD card.

In terms of optics, the smartphone is listed to feature a triple camera setup at the back with a 50-megapixel main sensor and two 2-megapixel secondary sensors. An 8-megapixel front camera is visible in Oppo A54s for selfie. Latest Opposition The A-series smartphone is said to offer 4G connectivity, with no mention of 5G.

Tipster Sudhanshu Ambhore too share The specifications of the alleged handset are at par with the e-commerce listing via Twitter.