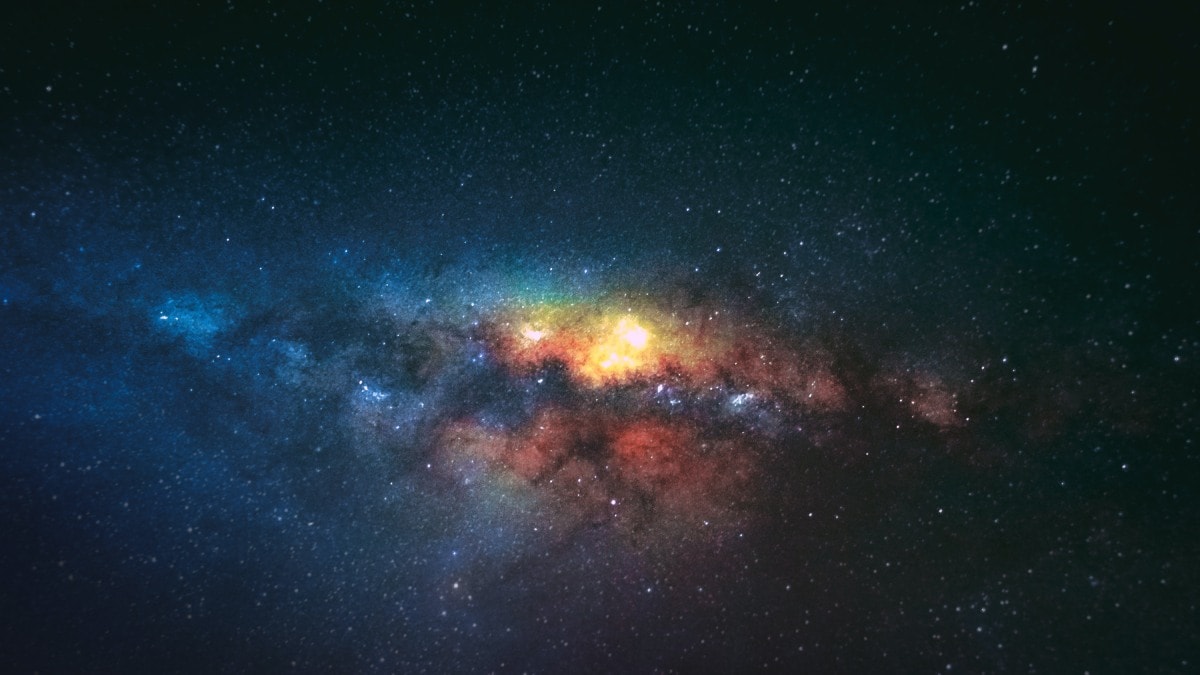 The mysteries trapped in the corners of the universe are more exciting than one can imagine. With each passing day and month, astronomers discover and solve new puzzles that are as intriguing as they are delightful. Sometimes astronomers find things where they least expect them. And that’s exactly what happened to a group of astronomers looking for a simple sample of distant galaxies. Using radio waves, they discovered two “invisible” galaxies, hidden behind a curtain of dust near the dawn of the universe. This layer of dust had hitherto obscured the galaxies from their sight. The galaxies are named REBELS-12-2 and REBELS-29-2 and are among the most distant known galaxies.

Although light from them has traveled 13 billion years to reach Earth, the galaxies are actually much farther away than they are now – a staggering 29 billion light years away. This is because the universe continuously expands. Astronomers used the Atacama Large Millimeter Array (ALMA), which captures radio waves.

The researchers detailed their discovery in a paper published in Nature magazine. The study suggests that there were far more galaxies in the early universe than previously thought and raises new questions about our understanding of the universe. Astronomers have calculated that 10-20 percent of the early universe’s galaxies may be hidden behind clouds of dust, waiting to be discovered someday.

Astronomers usually use Hubble Space telescope to study cosmic mysteries. Although it has the most unobstructed view of the universe, Hubble cannot see everything because it sees the sky mostly in the ultraviolet and visible wavelengths of light. So this group of astronomers used the ALMA telescope, which operates at a wavelength of 0.32 mm to 3.6 mm.

Pascal Osch, an author of the study, said he was looking at a cluster of very distant galaxies with ALMA and then noticed that two of them had a neighbor that was not “expected to be there”. These two neighboring galaxies were surrounded by dust, which blocked some of their light and Hubble could not see them.

“We’re trying to put together the big puzzle about the formation of the universe and answer the most basic question: ‘Where does all this come from?'” Osh explained. new atlas,

Astronomers are now waiting for more powerful instruments to be placed in space so that their work can proceed. One of these power instruments is the James Webb Space Telescope, which will specialize in infrared imaging of the universe. It is likely to launch later this year, on December 22.