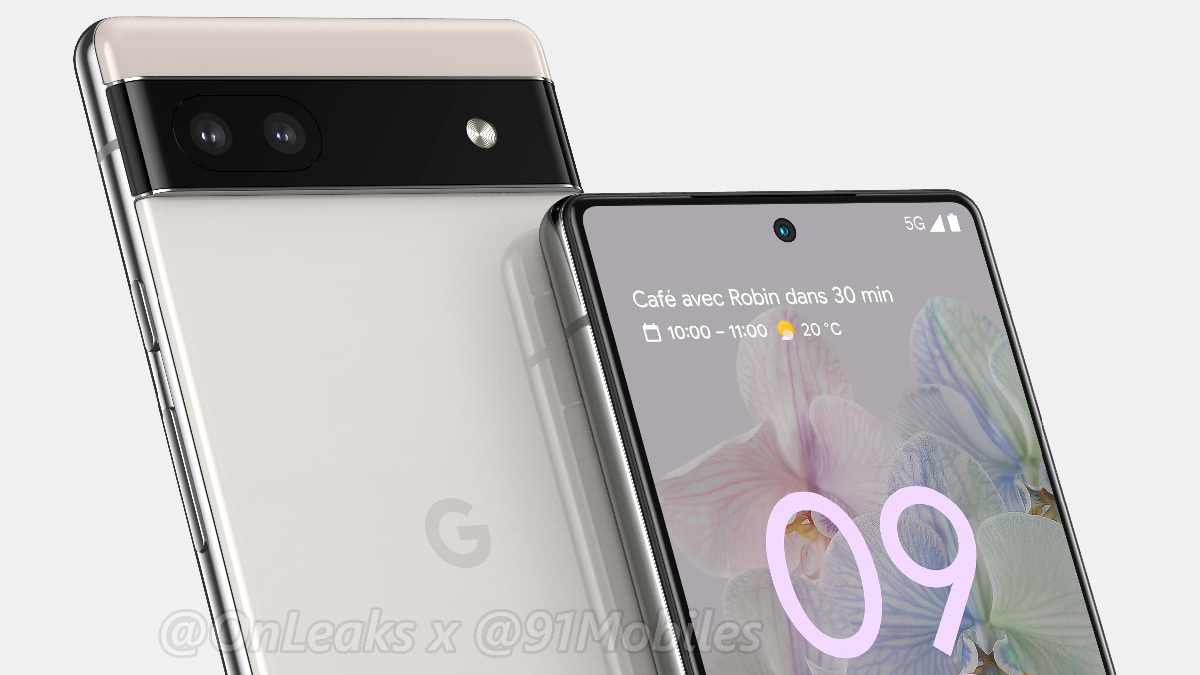 Google Pixel 6a renders share by known tipster Steve Hemmerstoffer (@OnLeaks), in Cooperation With 91Mobiles. The leaked renders show the handset with a glass back with a dual-tone color finish and a centrally placed hole-punch display. Antenna cutouts are visible everywhere in the renders of the Google Pixel 6a. The volume rocker and power button are placed on the right spine of the phone, while the SIM tray is visible on the left spine. Apart from this, a microphone, a speaker grille and a USB Type-C port can also be seen at the bottom.

The dual rear cameras and an LED flash appear inside a camera module similar to the vanilla Pixel 6, It is also seen with an in-display fingerprint sensor. The Pixel 6a is shown without the 3.5mm headphone jack. If the leaked images are to be believed, the Google Pixel 6a will be the first Pixel ‘a’ phone to come without a headphone jack.

Google Pixel 6a specifications likely to get an upgrade Pixel 5a 5g Which was launched In August this year. The Pixel 6a is expected to get the Snapdragon 778G SoC instead of the Qualcomm Snapdragon 765G SoC. It is also expected to run on Android 12.