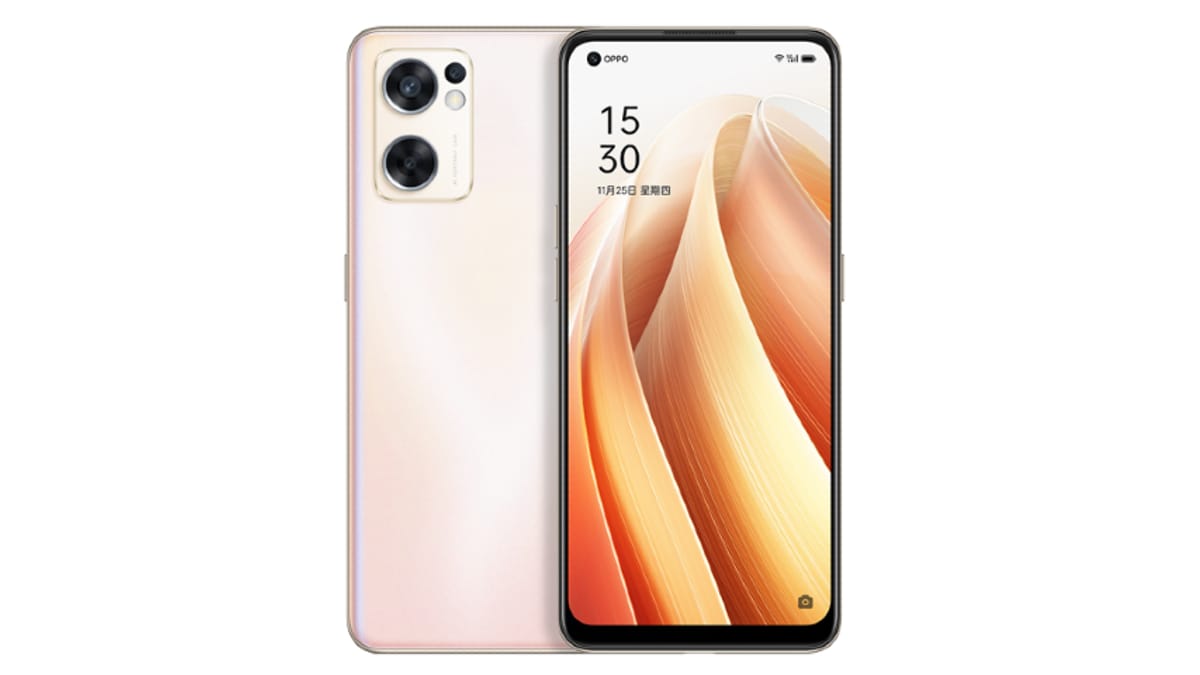 The Oppo Reno 7 series is all set to launch in China on November 25. One model in the lineup, the Oppo Reno 7 SE, has now leaked online. The specifications of the Oppo Reno 7 SE have been completely leaked, leaving little to the imagination. The model has also been listed on JD.com, with renders hinting at possible design details. Hole-punch display and triple rear camera setup are seen in Oppo Reno 7 SE. Other models in the range could include the premium Oppo Reno 7 Pro and the vanilla Oppo Reno 7.

Oppo Reno 7 SE is reported to be powered by MediaTek Dimensity 900 SoC, paired with Mali-G68 MC4 GPU. It is tipped to come in two storage configurations – 8GB + 128GB and 8GB + 256GB. The phone is also expected to include 5GB of virtual RAM.

The report states that while the Reno 7 series will debut in China on November 25, the Oppo Reno 7 SE is likely to go official on December 17. Lastly, the phone is said to come in Blue, Black and Gold color options.