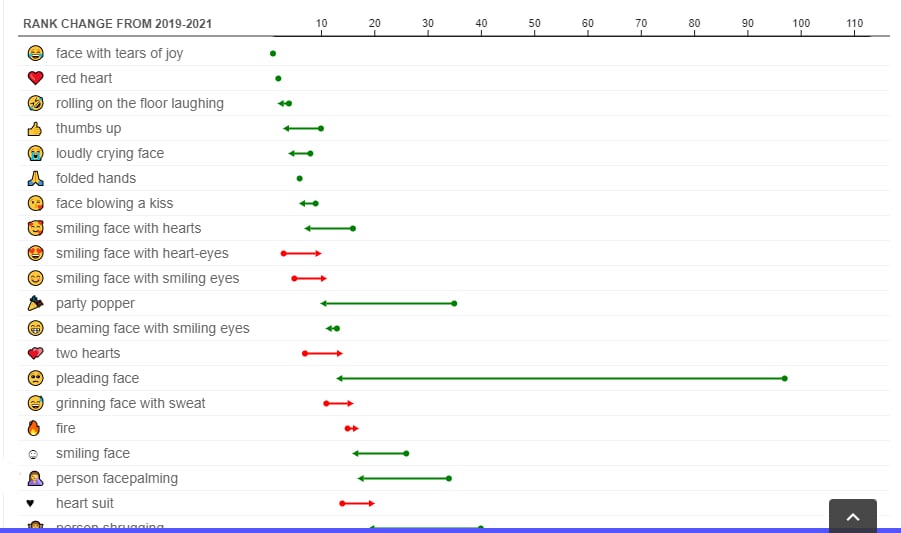 The Unicode Consortium, the non-profit organization responsible for the digitization of the world’s languages, has released data about the most used emojis for 2021. The ‘Face with Tears of Joy’ emoji ranks first in the rankings, followed by ‘Red Heart’. The third play is ‘rolling on the floor laughing’, followed by ‘thumbs up’, and the fifth comes ‘crying face out loud’. The Unicode Consortium did not release data for the year 2020, but the top ten emojis for 2019 were largely similar.

Unicode notes that the top 200 list is a big jump. The biggest gainers were the ‘Birthday Cake’ emoji, which jumped to 25th place from its previous 113. The ‘Balloon’ emoji is now ranked 48th, from 139th earlier, and the ‘praying face’ emoji is now ranked 14th. From first 97th place.

Among the sub-categories, ‘rocket ship’ emoji is most commonly used in the transportation category and ‘flexed bicep’ emoji is used at the top of the body part category. ‘Bouquet’ is most commonly used in the plant flower category, and ‘butterfly’ is the most common animal emoji. ‘Cartwheeler’ may not be the most popular game in the world, but it is said to be the most popular ‘man-player’ which is a sign of joy and pleasure.