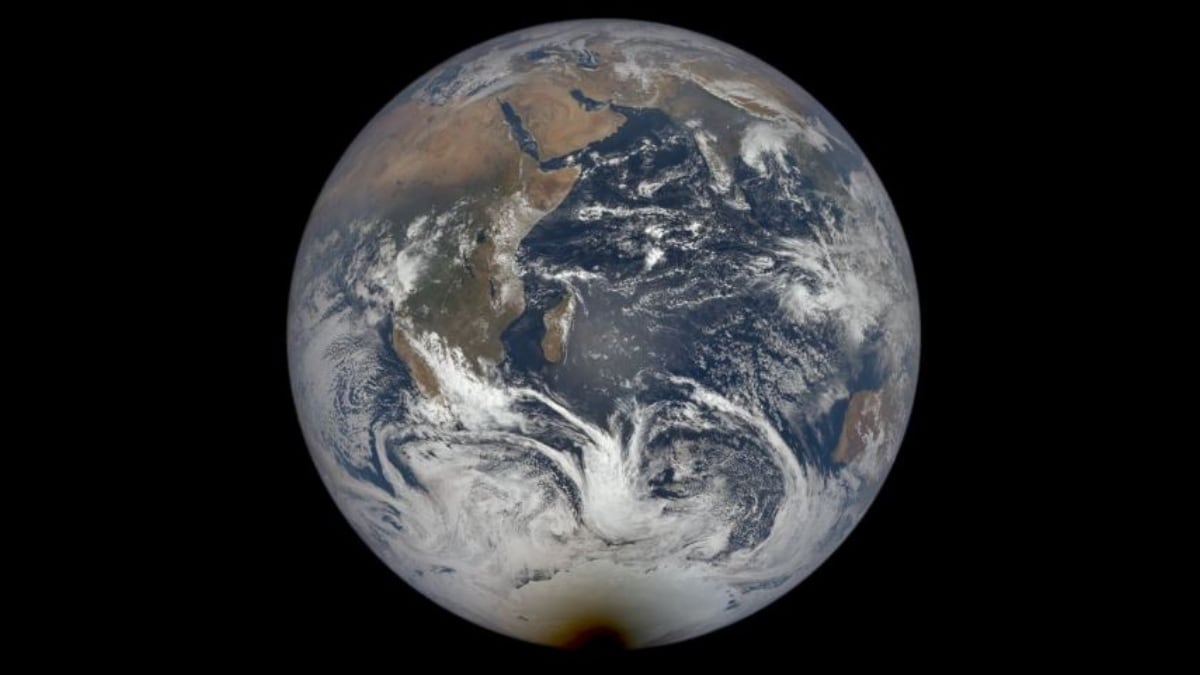 The last solar eclipse of this year happened last week. It was not visible from most parts of the world including India. This eclipse was visible from Antarctica, while people in some other countries like Australia and New Zealand were able to see a partial solar eclipse. But have you ever wondered how a total solar eclipse would appear when viewed from space? NASA shared on Instagram photos taken from a space observatory, showing the moon’s shadow passing over Antarctica.

NASA Captioned the post, “Have you ever seen Total Solar Eclipse, What about watching a total solar eclipse from space? The Deep Space Climate Observatory (DSCOVR) spacecraft captured the shadow as it passed over Antarctica, the space agency said.

“Like a cone extending out into space, the shadow has a circular cross-section that can be easily seen during a solar eclipse,” the agency said.

The second and third pictures in the post show how Assumption “From another point of view” – inside the International Space Station (ISS) Astronaut Kayla Barron photographs the eclipse from the ISS. Visible in the foreground is a Russian section of the orbiting laboratory.

NASA also explained in the post how a solar eclipse occurs: “A solar eclipse occurs when the Moon moves between the Sun and Earth, casting a shadow on Earth, completely or partially blocking sunlight in certain areas.” For a total solar eclipse to occur, the Sun, the Moon, and the Earth must be exactly in line.”

Here are the pictures:

More than 8.77 lakh people have liked the post so far.

The Deep Space Climate Observatory is a joint project of NASA and the National Oceanic and Atmospheric Administration (NOAA). It was launched in 2009 and “monitors changes in the solar wind and provides space weather forecasts and alerts for solar storms that may temporarily disrupt the power grid and GPS”. Orbiting about a million miles from Earth, DSCOVR takes a new picture of Earth every two hours.