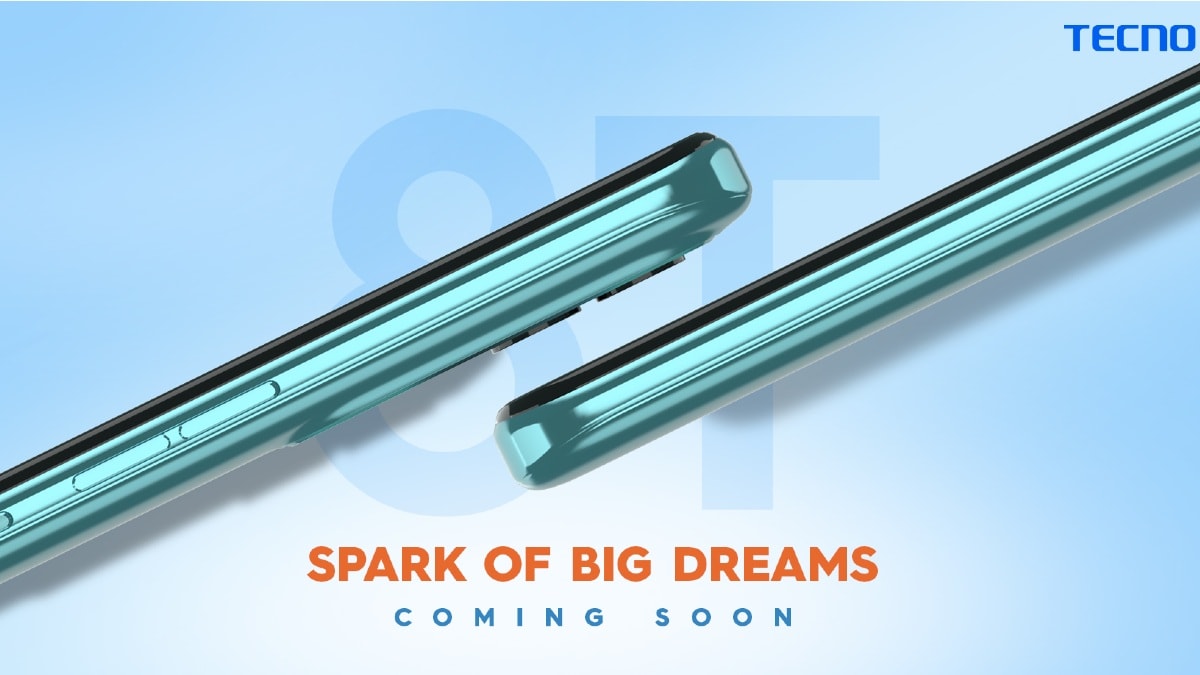 The India launch of Tecno Spark 8T has been confirmed by the company through an official teaser on Twitter. There is no information on the specifications and launch date of the smartphone, however, it is expected to make its India debut soon. The poster also reveals some design elements of the phone. Tecno launched Tecno Spark 8 and Tecno Spark 8 Pro in September and November respectively. The company has also unveiled multiple variants of the Tecno Spark 8 at various points in the recent months.

As per the image posted in Tweet By techno mobile India, Tecno Spark 8T smartphone is coming soon. The image shows the device in a blue color variant, and suggests that it could have at least two rear cameras. The poster reveals that the volume rocker and power button are located on the right spine of the smartphone.

Recently, the company launched Spark 8 4GB RAM variant in the country. It packs a 6.56-inch display, AI dual rear cameras highlighted by a 16-megapixel primary sensor, and MediaTek Helio G25 gaming SoC under the hood. The smartphone is also available in 2GB RAM variant and 3GB RAM variant. The handset also offers support for various Indian languages ​​allowing users to converse in their own languages. The smartphone packs a 5,000mAh battery which is claimed to offer a standby time of up to 65 days.